The new slot developed by Playtech will give you a free trip to the past! Playtech is improving the industry with their next launch: The Flintstones slot machine in an online version!

The Flintstones is a Playtech powered video slot, themed on the first animated primetime American TV series. Starring Fred and Wilma Flintstone, Barney and Betty Rubble and the loveable Dino, it can lead to one of its 3 free spin rounds, a bonus with Fred or a random in-game feature.

The difference between the 243-ways slots and 1,024-way ones, like The Flintstones, is that there’s one more row, expanding the grid of symbols to a 4×5 reel-set.

The game itself is played at 40 coins per spin and with an adjustable coin value worth anywhere from 0.01 credits and up.

Despite its unusual amount of pay-lines, you only need to care about hitting the same symbol on consecutive reels, starting from the leftmost position.

Other than the four low paying high playing card symbols, The Flintstones slot presents six medium to high paying symbols with the main characters. You need a minimum of 3 of a kind to trigger a win, which goes up to 400 coins (5x Fred Flintstone).

The Dino is the game’s Wild card, which pays up to 1,000 coins per line and substitutes for all symbols in the game, except the Bonus and Scatter. Speaking of the Scatter, it’s the only gateway to the game’s Free Spins. As soon as you land three of such on reels 2, 3 and 4, you’ll get to choose between three bonuses: 10 Dino Multiplier Free Games, 12 The Great Gazoo Free Games, or 5 Wilma Wild Free Games.

During the Dino spins, the player can win generous win multipliers, whereas The Great Gazoo will randomly reward additional Wilds and aim for bigger wins. The Wilma Free Games are the riskiest from the bunch, during which you can benefit from guaranteed extra Wilds on every spin, which prepare you for the final Ultra Spin.

And that’s not all, because Fred isn’t left out of the game’s bonuses either. He appears during the Bedrock Bowling bonus, which can be yours for 3x Bonus symbol on reels 1, 3 and 5. All you have to do is pick a bowling bowl and win cash, knock down as many pins as you can for a bigger win multiplier or, better yet, score a strike for extra throws and additional magnifiers.

As far as random features are concerned, Fred and Barney can roll in on any main game spin and award you win a cluster of mystery symbols. Once revealed, the win is multiplied by a random number selected from the prehistoric wheel of fortune at the top of the reels.

Overall, the game has a bunch of features and is suitable to all types of players, including low and high rollers.

Play for Real at the Following PlayTech Casino 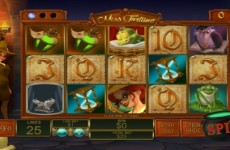 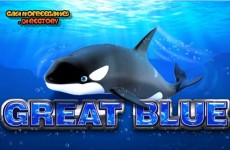 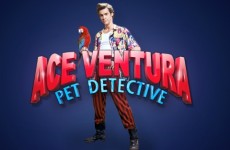 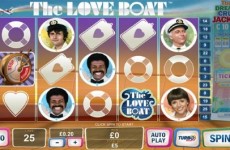 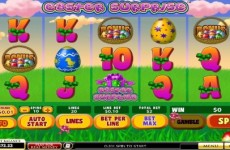 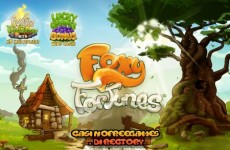 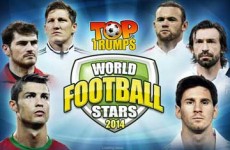 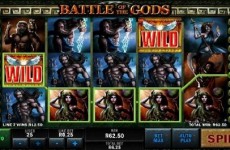 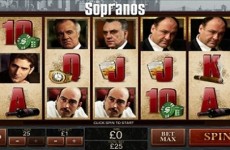 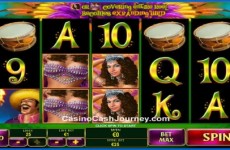 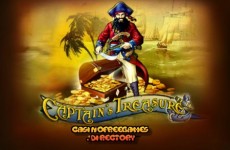 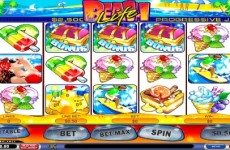 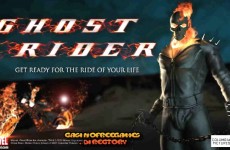 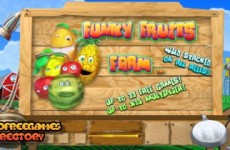 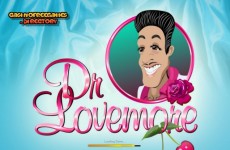 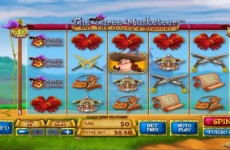 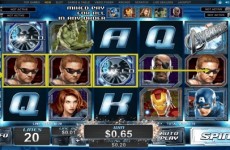 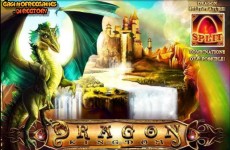 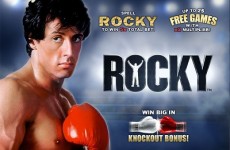 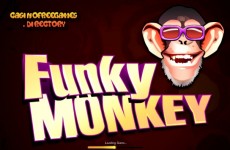 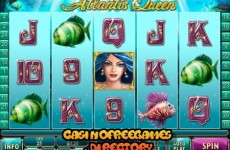 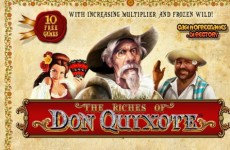 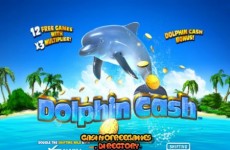 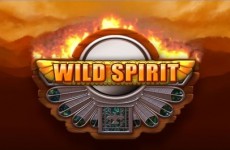 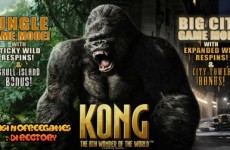 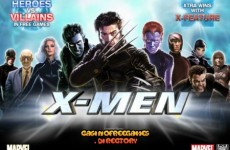 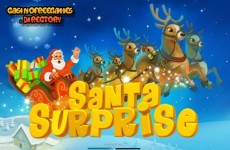