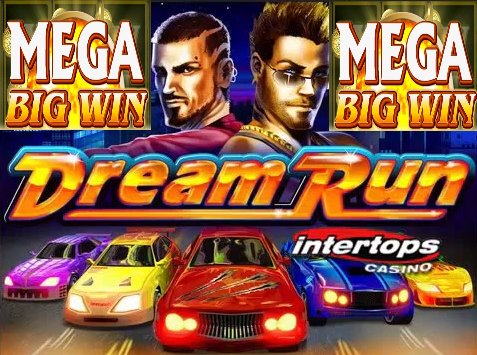 “I was amazed and yelled very loudly,” he told his VIP player representative. “My first thought was, oh my gosh what did I get!? Then it was like, well that was the best possible spin at the best possible time! It was a bonus spin that won’t be forgotten.”

On the same weekend he had another amazing streak playing Rain Dance where his winnings totaled an additional $36K.

Alan, who said he likes to play the stock market when he’s not enjoying slots, says he’s going shopping online and will treat himself to a big flat screen TV.

“If you want my advice,” Alan says to wannabe winners, “My tip to anybody playing slots is to vary your bet and don’t stick to one size of bet. Go up and go down on your bet.”

“I have been playing at Intertops for a long time and the biggest reason I play there is their customer service.”

“I was shocked!” John told an Intertops Customer Service representative. “I’ve never won that much money before, I was extremely happy.”

John, a Restaurant and Night Club Manager, hasn’t told his wife or twelve-year-old daughter about his good fortune yet.

“I really didn’t share with anybody yet. I’m going to surprise my wife!”

John plays Naughty or Nice regularly, but he has some other favorites as well. “I also like Return of the Rudolph, Achilles and White Rhino.”

“If you want to win at this game you just have to keep at it,” he advises. “I trust Intertops as opposed to other online gaming sites.”

Intertops’ $180,000 Golden Chase event continues to award weekly casino bonuses until December 15th. Every week 20 players will receive a $500 bonus and ten more will get $300 – a total of 300 players are getting weekly bonuses. Contest details are available at http://casinopromotions.intertops.eu/goldenchase