Ahoy matey! Pirate Isle Slot is the place to be!

Firing into action on 16 September is Pirate Isle Slot, the newest game brought to you by RTG Realtime Gaming, and it’s sure to be a whole load of fun!

On your journey to the magical island, you have to collect five keys, desperately wanted by the ghostly pirate. When you do manage to get all of them, he will award you 300 free spins!

And if you’re a true seadog, and discover that treasure map, you’re not only gain a prize, but will additionally set off a new round of picks.

Treasure chest icons are pretty important too, as with them you’ll receive 15 free spins. 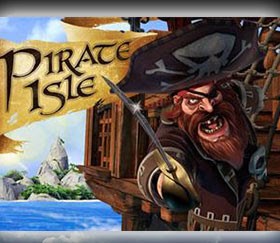 Accumulate Treasure Keys on the way to the mysterious Ghost Island. Unearth hordes of ancient treasure, until you fall afoul of the dread Ghost Pirate!

But as far as Ghost Pirates go, he’s really not that bad… in fact he’ll even award up to 300 Free Games if all 5 Treasure Keys have been found!

An extra bet enables the thunderous Broadside Feature, with a series of ship-to-ship sea battles, awarding great bonuses or the Pirate’s Treasure Jackpot!

Set sail for adventure and riches me hearty! How do you think you’ll ship and shape up to access that booty?