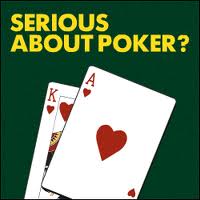 Take on Poker at bet365’s Merry Missions until 3rd January! In more than 100 exciting freerolls, there are total prize-pools worth €100,000 on offer.

When you complete any mission, Poker at bet365 rewards you with a Tournament Token for entry to a €500 ‘All In’ Shootout freeroll; the first of these takes place at 18:00 GMT on 1st December and after that three are scheduled daily.

Enter 10 daily freerolls each week and you also book a seat in the €10,000 Freeroll. To gain an extra seat in Sunday’s big event, simply deposit/transfer €10 or more to Poker at bet365.

Current challenges are displayed in the Missions section of the poker lobby and a Tournament Tokens is credited automatically when you complete each one. Enjoy Merry Missions with Poker at bet365 throughout the festive period.

bet365 is the world’s largest online gambling company. The group employs over 3,000 people and has over 21 million customers worldwide. bet365 was named Sports Betting Operator of the Year for the third year in succession at the 2015 eGaming Review Awards and secured top spot for the sixth year running in the eGaming Review’s Annual Power 50 for 2015.

Gung Pow Slot Microgaming has announced the upcoming release of its...