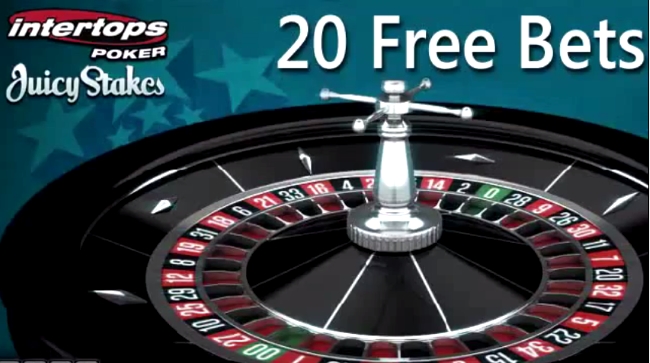 To introduce poker players to the suite of casino games within their poker rooms, this month  Intertops Poker are giving players 20 free bets at their Roulette tables.

Everyone knows that Intertops Poker are the main poker room on the Revolution Poker Network, and that their poker tables attract players at all skill levels. After sending so many online players to exciting live tournaments, they’re also gaining a reputation for online satellite tournaments.  Lately, more and more players have been discovering the suite of casino games in these poker rooms.

This month, poker players can play Roulette for free.  Until September 23rd all players can get 20 free spins on either American Roulette or European Roulette. They’ll get a $1 free bet on each spin and can keep their winnings (up to $250) which have a low 5X wagering requirement.

Roulette was first played in France in the 18th century. European Roulette has just one zero while the American version invented later has two. Players bet on which number the ball will drop on, which color it will be, or whether it will be odd or even.  “French bets” are wagers on a designated series of numbers with special names such as Voisins du zéro (neighbors of zero) and Le tiers du cylindre (Thirds of the wheel).

History of Blackjack and Winning Strategies Things you didn’t know