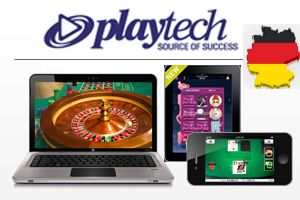 Individual states have at times attempted to put their own regulations in place, while the federal government has allowed only for sports betting to be offered online.

Now, at least one major group of online casinos has said that enough is enough, and it looks like several operators will be leaving Germany at the beginning of February.

According to an email, a group of casino sites including Casino.com, Mansion Casino, Les Acasino, Club777, and Slots Heaven have all announced plans to block new players from Germany from joining their sites beginning on February 1. Players will still be allowed to sign up for play money accounts, but real money play will be restricted.

The email went on to note that the closures would only affect players in Germany, and that German-language players from other countries would not be impacted by the decision. All of the impacted casinos are operated using Playtech software.

This suggests that the move is related to the regulatory situation in Germany, which has been a source of consternation for both players and operators alike over recent years.

In July 2012, Germany enacted a federal gambling law that allowed only for the regulation of online sports betting while banning other forms of online gambling. One state, Schleswig-Holstein, did briefly allow for online casino and poker games as well; however, while the state did award several licenses for the games which are still valid today, the state government has since signed on with the federal regulations.

Two recent rulings may have played into the decision to leave the German market. Last June, the European Court of Justice ruled that just because Schleswig-Holstein had offered online gambling licenses, the rest of the country didn’t have to honor them or offer the same kinds of licenses.

The court said that it’s certainly possible for a country to have two or more sets of regulations regarding gambling, provided that even the more restrictive rules (in this case, the ones at the federal level) still conformed to European Union regulations on the restriction of gambling services.

More frightening for the casino sites may have been a ruling from earlier this month, however. That’s when the District Court of Munich found that a man was guilty of illicit online gambling for playing on an online casino site.

The case marked perhaps the first time that an individual had been targeted for playing on an unlicensed online gambling site in Germany, making it a potentially landmark case. While the gambler attempted to argue that he believed online gambling was legal and that EU law should allow him to play Internet casino games, a judge said that it was clear that only online sports betting was legal in Germany, and that this was not contrary to European law.

Jet off to Brazil as bet365bingo’s Football Fiesta champion

Soccer Offers at bet365 this week