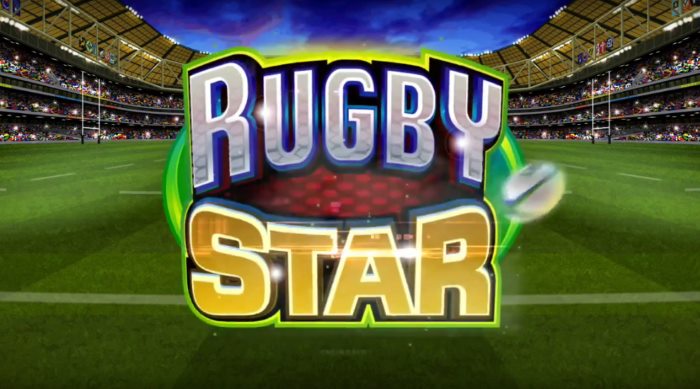 Staying in tune with major international events, online gambling software developer Microgaming has previewed its latest slot offering, which will be released when World Cup Rugby festival kicks off.

The base game opens with Scatter symbols, Stacked Wilds and the Wild Pass Feature.

Rugby Stars Slot Stacked Wilds appear on reels 3, 4 and 5 featuring varying stacks, of up to 40 Wild symbols positioned across the reels.

In-game action begins right from the first whistle. The Wild Pass feature triggers at random in base game and turns up to 2 reels Wild on reel 2, 3 or 4.

Rolling Reels Rugby Stars Slot features in both Base Game and Free Spins, where winning symbols award their payout, explode and the reels roll down, making consecutive wins possible. 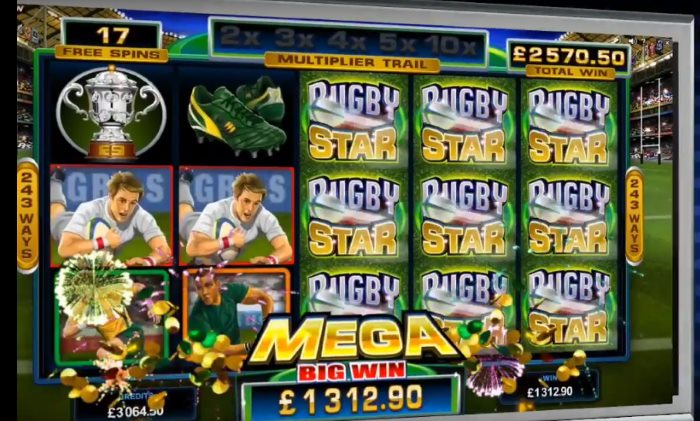 3, 4 or 5 Scatters trigger 15, 20 or 25 Free Spins respectively, with a Multiplier Trail adding to the Rolling Reels experience.

Rugby Stars Slot Consecutive wins increase the multiplier, to a maximum of 10x.