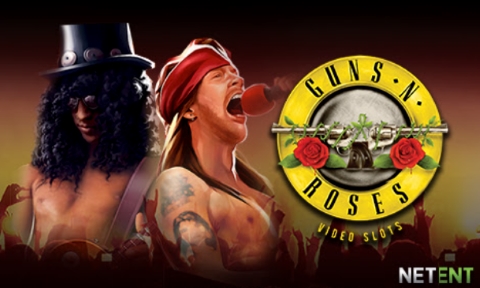 NetEnt has struck a chord with legendary rock band Guns N’ Roses to launch their biggest branded game ever – and the band’s first ever slot release.

The spectacular rock slot has involved a production team almost twice as large as any previous game development. NetEnt has invested heavily not only to capture the spirit of the brand but also into the technical architecture to showcase the very best HTML 5 productions online.

Simon Hammon, Chief Product Officer of NetEnt, said: “Guns N’ Roses are huge and iconic and it’s great to launch with one of the most legendary rock bands in history. We’ve honored them with our most ambitious ever and NetEnt can’t wait for players to have a chance to enjoy the musical game experience.”

The game allows players to set the soundtrack as they experience features such as Encore Free Spins, Legend Spins, Solo Multiplier, “Appetite for Destruction Wild” and a Crowd Pleaser bonus game.

The 20-line slot draws on the unmistakable sound of the band, who have claimed seven platinum-selling albums, and will be launched simultaneously to mobile and desktop for the Europe market on January 21st.

The ground-breaking release is NetEnt’s first ever game to be delivered using WebGI and Pixie, a second-generation rendering engine that enables vibrant animations in HTML5. To top things off, NetEnt uses its unique in-house audio engine to match animations on beats to music, creating a blend of visual and audio wonders.