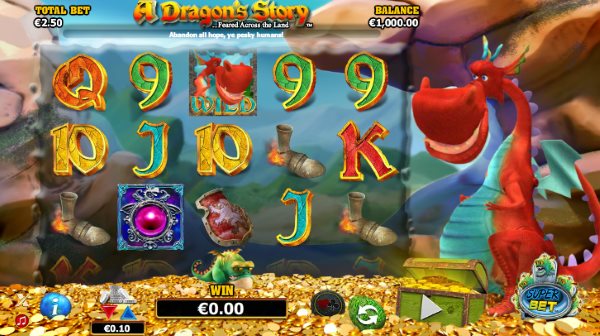 This 5-reel, 25-payline video slot challenges players to wrest Ruff’s cave full of treasure and jewels from his mean grasp.

A Dragon’s Story is brought to you by NextGen Gaming and is a 5 reel, 25 payline slot which can be played from just 25p a spin. Using the SuperBet feature, it’s based on Ruff the Dragon who tries to protect the riches in his lair from the brave Sir William.

A Dragon’s Story is also available to play on mobile and tablet devices.