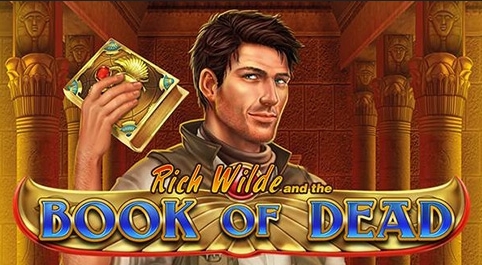 Play’n Go will help players travel back in time to ancient Egypt with the launch of the new mysterious slot title, Book of Dead slot.

Boasting high-definition animation and smooth performance across mobile and tablet versions, Book of Dead slot is now live with operators.

Players will be guided through the mythical underworld of ancient Egypt with the Book of Dead slot acting as both a wild and scatter symbol to form winning combinations.

Three or more Books appearing in any reel position triggers a free spin sequence, with further scattered Books extending the sequence until the maximum prize is won.

Martin Zettergren, Chief Operating Officer of Play’n GO, said: “Book of Dead slot is a spellbindingly exciting slot that players won’t be able to tear themselves away from.”

“Book of Dead slot boasts best-in-class graphics, sounds, and animation and we’re sure that players can’t wait to see what everyone’s favourite slot explorer, Rich Wilde, has in store for them in his latest magical adventure.”

Book of Dead slot is the first title released in 2016 by Play’n GO, and follows hot on the heels of 2015 titles Eye of the Kraken, Happy Halloween, Rage to Riches, Xmas Joker and Wizard of Gems.

Play’n GO’s games are now prominent on the sites of 100 operators in more than 32 languages.