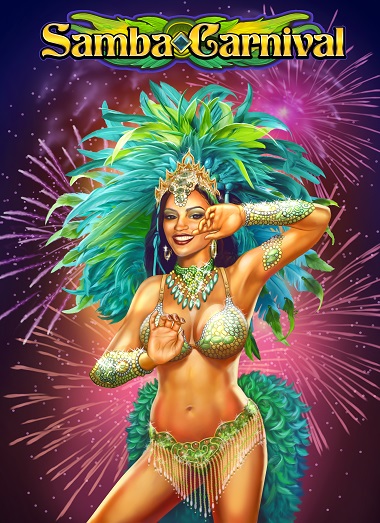 Complete with high-definition animation and smooth performance across phone, tablet, and desktop versions, Samba Carnival Slot has been released simultaneously in both HTML5 and flash.

Players will delight in finding musical maracas, as the wild symbol can substitute for any other symbol to shake out winning combinations worth up to five times their ordinary value.

Not to be outdone in the percussion stakes, three sets of drums appearing anywhere on the reels signals the start of the bongo bonus round, allowing players to win up to 150 times their total bet.

An option gamble round provides an opportunity to multiply the total prize on any spin in the main game by guess the colour of a hidden card, paying up to 2500 coins.

“Our newest slot has best-in-class graphics, sounds, and animation and we can’t wait to see players samba their way to success.”

Samba Carnival Slot is the second title released in in quick succession to kick off 2016 by Play’n GO, following the latest instalment of Riche Wilde’s adventures via Book of Dead.