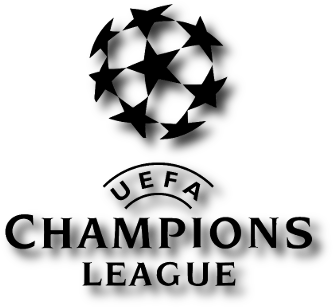 Tuesday sees Leicester City welcome F.C. Copenhagen to the King Power Stadium, The Blues have had a great start to their first Champions League campaign and currently sit top of group G with 6 points, with Copenhagen right behind them on 4 points. After week 2’s impressive 4-0 win against Club Brugge, F.C. Copenhagen, will be hopeful to continue with this success in their bid to take top position of group G. Leicester are yet to conceive in their Champions League campaign to date and are 10/3 with bet365 to keep another clean sheet on Tuesday, on the other hand both teams have been successful in finding the back of the net in both games prior to this so BTTS could also be likely at 4/6 also with bet365.

Also in Group G, Porto travel to Belgium as they face Club Brugge. Both will need to up their game in order to progress through to the Round of 16 with Porto on just 1 point to date and Club Brugge still yet to secure a point. Club Brugge haven’t had the best start to their campaign as they suffered a 3-0 home defeat to Leicester in their opening game followed by a 4-0 defeat against Copenhagen last month making their current goal difference -7 this being one of the worst across the board with Legia Warsaw the only team to have conceded more making for a goal difference of -8. An away win is most likely here at 1/1, if you did fancy Club Brugge finally securing themselves a point though they’re 5/2 to take a draw with bet365.

Bayer Leverkusen welcome London team, Tottenham to the BayArena on Tuesday in a fixture which is likely to be essential to their progression within the Champions League. Tottenham currently host position 2 with 3 points whilst Bayer host position 3 and 2 points in current standings, making the outcome of this fixture likely to be the difference between round of 16 or not. Bayer are favourites to take their first win of their campaign at 11/10 though I wouldn’t rule out Tottenham in this fixture at the more attractive price of 13/5 at bet365.

Over in Spain sees title defenders, Real Madrid face the easier fixture of Legia Warsaw who are yet to obtain a point this Champions League season. Warsaw faced a 6-0 defeat against Dortmund in their opening game at home followed by a 2-0 defeat against Sporting F.C. in week 2, given this, over 2.5 goals from Madrid alone is more than likely at 1/6, for a more attractive price Madrid to score over 4.5 goals is 1/1 at bet365.

The highlight of week 3 is likely to fall to Barcelona as they welcome Man City. In the past Barcelona have always been successful in this fixture and will be likely to again take the win at 8/15. City opened their campaign with a 4-0 win against German team Mönchengladbach but were unable to hold onto a win in week 2 as they drew 3-3 to Celtic whereas Barca secured a 7-0 win in their opening game against the Irish team, week 2 saw a slightly surprising score for the Spanish team as they conceded 1 in a 2-1 win against Mönchengladbach. We’re likely to see a lot of goal action in this fixture so BTTS at 4/7 or over 2.5 goals at 19/40 will be popular choices.

Arsenal, who currently host joint top of group A with Paris SG, face Ludogorets whilst Paris face FC Basel. Both Arsenal (priced 1/6) and PSG (priced 1/5) are likely to take the win on Wednesday though a slip up from either team could be damaging towards their final Group standings.

As always, bet365’s Euro Soccer Bonus will be available for your Champions League acca potentially earning you up to an additional 100% on your winnings. Click here for more information.