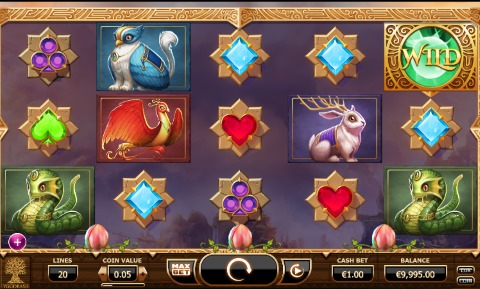 Yggdrasil Gaming has launched Nirvana Slot. The video slot offers a journey through a tranquil valley of the three goddesses of Nirvana.

The Nirvana Slot online game involves chasing the three goddesses and picking one when the players trigger and re-trigger free spins. The features they offer are wild seeds, mega reels and nudge reels, which give players the chance to see which goddess brings them the best luck.

“We’ve already launched some incredible games this year, but Nirvana Slot is set to be an absolute blockbuster with players chasing the three magical goddesses. More time and money has been spent on this game than any we’ve created before and our clients can’t wait for it to go live.

The Nirvana Tournament is a key part of our ‘Boost’ collection of promo tools. We’ll be rolling out a number of new tournaments and raffles in 2016. Player engagement is vital in today’s competitive marketplace and I’m sure that our strategic focus on gamification is setting us apart from our rivals,” said Fredrik Elmqvist, chief executive officer at Yggdrasil Gaming.

bet365 Bingo – Go behind the scenes with bet365bingo’s Emmerdale...