Ahoy, me Hearties! It’s time to get things shipshape and practice your best pirate voice on Monday September 19th as CyberBingo celebrate International Talk Like a Pirate Day. This fun filled day sees us raise the Jolly Roger as people from all around the world get together and have some pirate fun.

To celebrate, CyberBingo are bringing our players a whole week filled with Pirate Bingo fun and excitement as we play for pirate riches of over $1,200  to be won in CyberBingo Pirate Bingo Tourney.

The Pirate Bingo fun can be found in CyberBingo Autumn Bingo room between Monday September 19th and Sunday September 25th as each hour CyberBingo will play one of special Pirate Bingo games. These exciting games have no starting pot but increase with players’ wagers. The more players that play, the bigger the cash prize with a card cost of only $0.50 a card.

Each time you win one of CyberBingo pirate bingo games, you will receive a Pirate Bingo Tourney point that will be added to tourney leaderboard. The more games that you win, the bigger the prize with a fantastic $500 cash for CyberBingo tourney winner.

With fantastic prizes for the top 10 players who win the most times on CyberBingo special Pirate Bingo tourney games and pirate riches of over $1,200 to be won, it’s time to batten down the hatches and join your CyberBingo bingo roomies for Pirate Bingo fun! 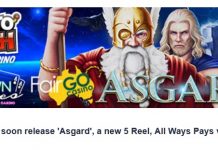 Beacon Bingo Weekend Player Promotions – Get up to £100 EXTRA!

bet365bingo’s biggest weekend of the month just got even bigger