Pollen Party slot will literally have players buzzing with excitement as the ground-breaking, 720 way variable reel online slot is brought to life in a unique honeycomb reel layout. But the sticky delights go way beyond the quirky fun graphics and include two dynamic features for players to enjoy. From the two different scatter symbols, players can trigger the sweetest of free spin features that simply burst with pollen-filled potential, or pick their sugary prize in the enthralling Babee bonus. 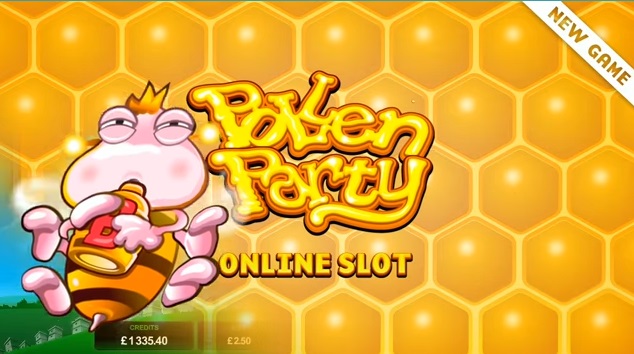 Exploding from the mythical depths, Emperor of the Sea slot features a rolling rhythm of play and a captivating musical score in this 5×4 reel online slot. A veritable treasure trove of in-game features start with players selecting their own payline option – 38, 68 or 88, all numbers representing fortune in Asian culture. Stacked wild symbols feature across all reels in the base game. The fast-paced action then hits full flow in the free spins round, as Growing Wilds fill the reels. Stacked wild symbols increase in stack size with every single spin. This feature is combined with Rolling Reels to ignite winning symbol combinations in dazzling blue explosions whilst players wait for new symbols to fall down.

Pollen Party and Emperor of the Sea are now live with operators on desktop and mobile.

Launching later in the month is The Heat is On slot , a 5×3 reel, 45-payline game in which players follow the elusive cat burglar Selina in her quest for the city bank’s gold reserves. Hot on her heels is Officer Jean from the Special Task Force. Look out for helicopters, fast cars and motorcycles in this fast-paced, action-packed game. The base game features not one but two wild symbols, while three or more scatters payout even when free spins are not triggered. Scatters also appear partially stacked on reels two and three, offering the potential to trigger up to 80 retriggerable free spins, allowing for some scorching wins.

The Heat is On goes live with operators on desktop and mobile on 22 March 2017.

“March brings an incredible selection of games, each offering something unique. Pollen Party is our first game to use a 720 way, variable reel design, and brings two dynamic features for players to enjoy. Emperor of the Sea is another important addition to our Asian-themed games collection and combines both mythical and fortune elements from the popular culture, in an engine that is crafted to extend gameplay. And The Heat is On is a perfectly balanced game which combines a wild feature that provides players with a steady base game experience and a free spins feature that has explosive potential. There’s something for everyone in March’s game add-on,” said David Reynolds, Games Publisher at Microgaming.