Lucky Lady Wins $80,000 on her Anniversary at Liberty Slots 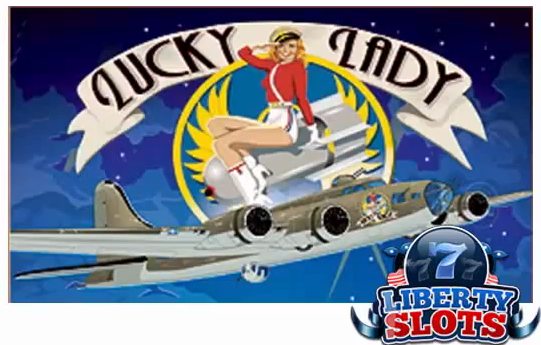 A Liberty Slots Casino player had a very lucky night recently, not realizing until later that it was almost three years to the day since she started playing there.

A Liberty Slots Casino player had a very lucky night recently, not realizing until later that it was almost three years to the day since she started playing there.
“Karen” celebrated her anniversary with a winning streak neither she nor the staff at Liberty Slots Casino that have gotten to know her will soon forget.
While enjoying some of her favorite slot games as well as some hands of video poker, Karen lucked out on Fat Cat slots when she won $10,000 in its bonus game. The same thing happened a half hour later. Armed with her impressive bank-roll and feeling that this was her day, Karen switched to the Lucky Lady slot game.
Lucky Lady is a 25 payline WW2-themed slot game from Wager Gaming Technology with bets from a penny per spin up to $10 per line. It has a bonus round where players select from five Fighter Planes to reveal prizes of up to 100X the triggering bet.
Initially betting $150 per spin, Karen hit the bonus game in less than two minutes and was quickly up $16,000. She triggered the bonus game again right after increasing her bet to $175. This time she won $41,000.
“I know I’ve been playing here for a long time,” said Karen, “Although I didn’t realize it was exactly three years until I got the call from the host this morning congratulating me on my good fortune! I think I may owe my neighbors an apology — there was some excited screaming in the house today”

Liberty Slots Casino manager, Mark Ramirez, spoke with Karen after her win.  “We’re thrilled when players have such a good day — and for it to happen on her anniversary with us, on a game called Lucky Lady, what a great story!”
Liberty Slots Casino is known around the world for its unique collection of slots and other casino games and for all the slots tournaments it hosts.